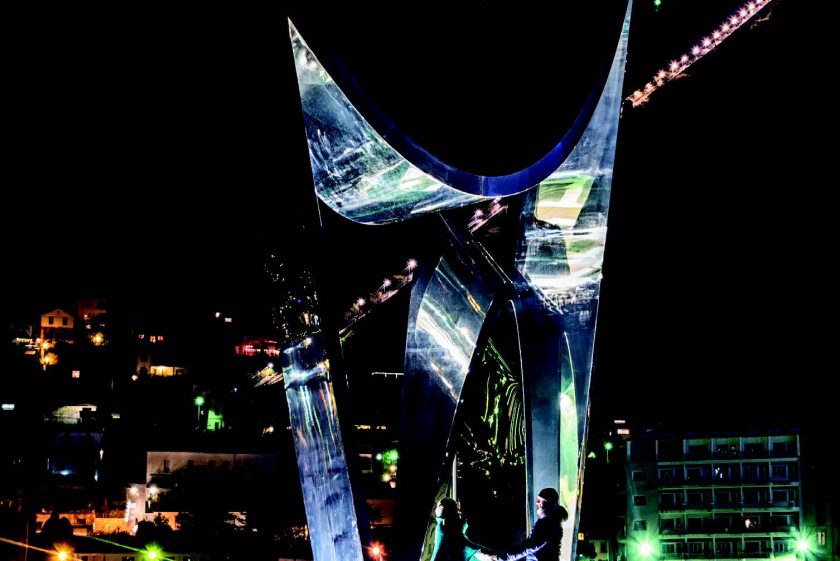 It’s a month that the monument designed by Daniel Liebeskind dedicated to Alessandro Volta has the permanent lighting, which aims at embellish Life Electric. Some less were positioned on the iron railing in the final part of the diga. The golden light, which surrounds the monument, conveys a special effect to the monument during the night. It already became a destination for many tourists and visitors and during the upcoming tourist season it will be even more an interest point of our city.

Life Electric in a photo by Nicola Colombo, the winner of the photo contest Città dei Balocchi